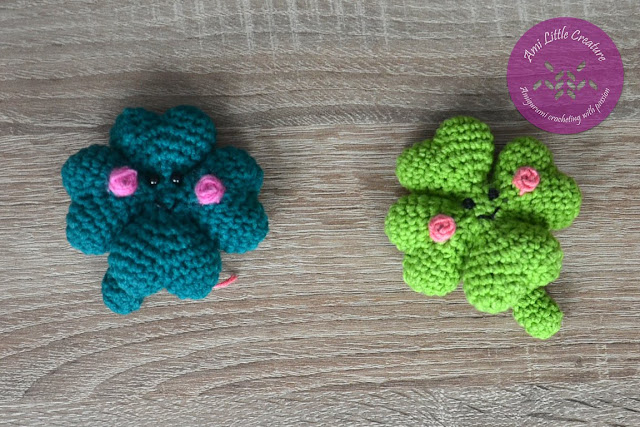 Hello! I prepared something special for you. If you celebrate Saint Patrick's Day on 17 March (much time left) or just want to wish someone a good luck - you can crochet easy amigurumi four-leaf clover. You can attach key ring to the clover and make a keychain. Let's crochet together! Tutorial is available on YouTube.

I make 4 leaves and then join them together. 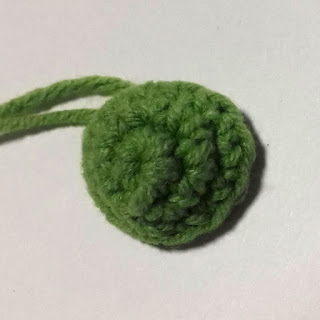 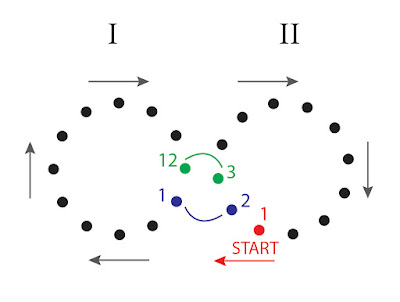 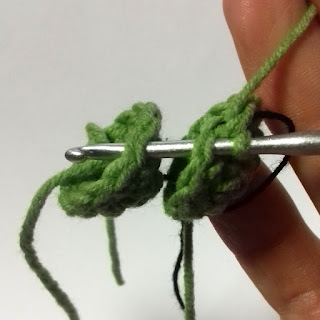 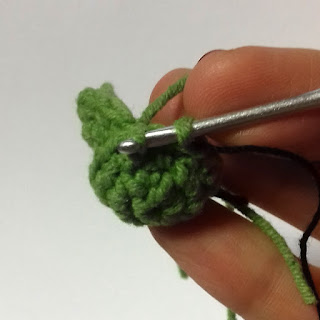 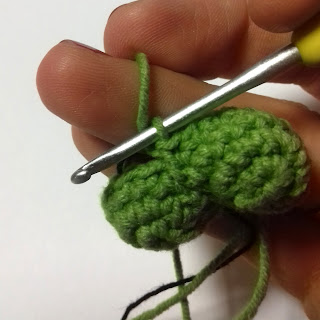 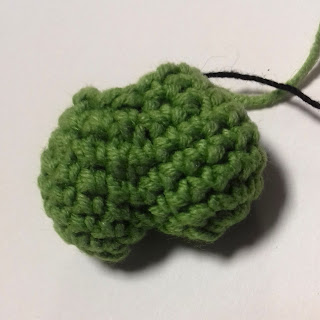 Crochet in the same way 3 remaining leaves and then join 4 leaves together.

I use a and b letters for indicating the first and the second half part.

Rnd 8a: We crochet decreases on every half part of clover and steadily close the hole.

Fasten off (insert the needle into front loops to close the opening), hide the yarn.
The first part is ready.
Now crochet the second part.

-------
Rnd 8b: On the second half part theoretically we should decrease 3 times, because we had 14 st in the last round of one leaf. But I will decrease 4 times to avoid holes in the corner between leaves.

If you want to add safety eyes it is a good time.

Rnd 9b: 8 dec [8]
Add stuffing. Don't close the opening, because we will sew the steam later.

Sew the steam to the clover (the round of clover has 8 sc and the steam has 6 sc, so make 2 dec while sewing to adjust the number of sts).
After sewing the steam check if there are no holes  in the corner between leaves.

I embroider eyes (or insert safety eyes) and smile with black thread.
Then I embroider cheeks using woven wheel stitch.
In my tutorial I explain you how to embroider, so I recommend you to watch it.
In short:
1. Start with embroidering 5 straight stitches - star shape.
2. Insert the tapestry needle in the middle and weave below and above the star lines.
3. Repeat until you get a wheel.
Fasten off, weave in loose ends.

Embroider the cheek on the opposite side. 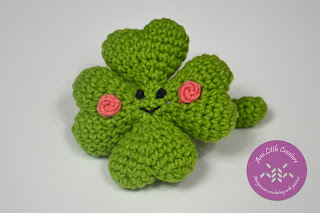 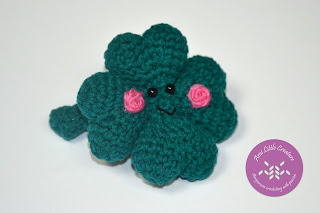 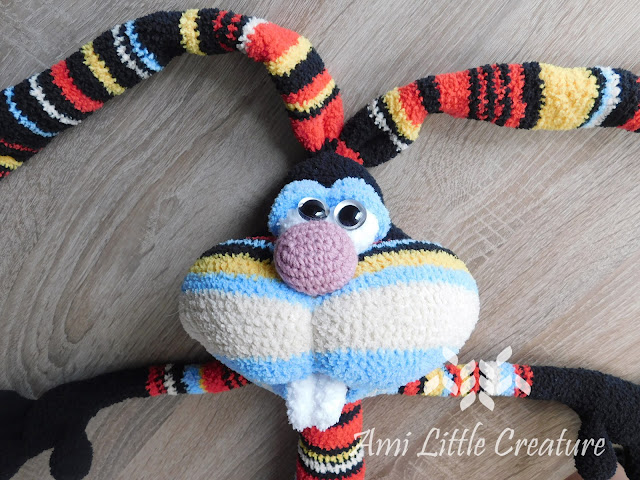 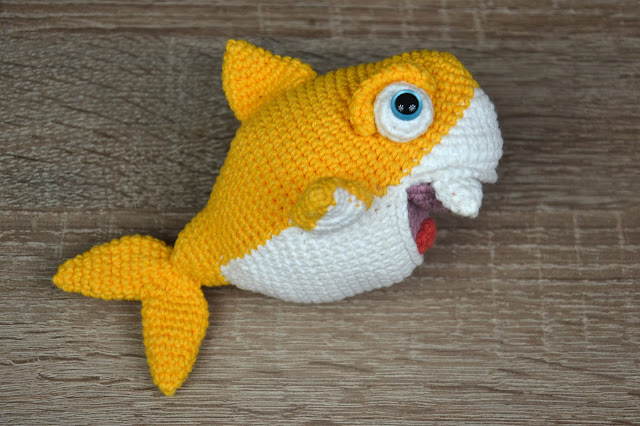 Hi, if you follow my YouTube and blog, you probably watched my blue Baby Shark presentation on YouTube and read the pattern for blue Baby Shark. I made the blue shark with 2 kind of yarns - Himalaya Dolphin Baby (body, head and fins) and YarnArt Jeans (for eyes and teeth). In this post I present you FREE PATTERN for yellow Baby Shark made with only one kind of yarn. Therefore I made some modifications in the existing pattern and simplify abbreviations. Of course tutorial suits also for my blue Baby Shark (modification involves eyes and teeth). On YouTube you can watch FREE TUTORIAL in two parts - this is the first video I made whole in English, so please be understanding and don't hesitate to correct my language. I hope it will be clear for you. So take your favourite yarn & crochet hook and follow my tutorial and pattern :-) 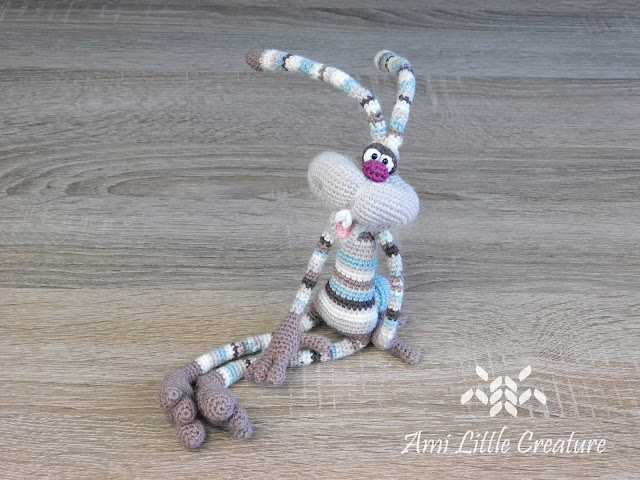 Hi, in my Amigurumi Workshop #21 I would like to show you the small version of Rabbit Dude – pattern by LittleOwlsHut. In my previous AW #20 I told you about Big Rabbit Dude and now it’s time for the small version. I translated the pattern into Polish and it is available in LittleOwlsHutPolski Etsy shop. Pattern in US is available on Etsy . Have a nice reading & watching!